WE ARE OPEN!  If you can't join us at church, click on our SERMONS page. 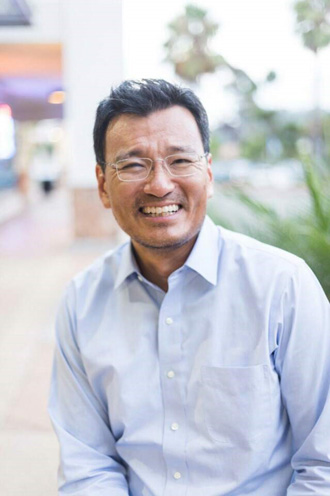 Pastor Steve grew up in Fountain Valley, CA and believed that professional bowling was his calling in life, until it all changed when he became a born-again Christian at the age of 19. In college, while Pastor Steve studied Linguistics with the intention of teaching languages, events dramatically changed as he felt called into pastoral ministry during his senior year. After several confirmations by mentors, friends and his own heart, Pastor Steve accepted his full-time calling into pastoral ministry. He knew clearly that he was not going to be teaching languages or knocking pins down, but rather teaching the Bible and building people up!

Pastor Steve graduated from Golden Gate Baptist Theological Seminary with a Masters in Divinity and has served the Korean-American church since 1994. He was ordained in 1998 and is now the lead pastor of Living Grace Church. He loves his wife, his two adult children and dog. 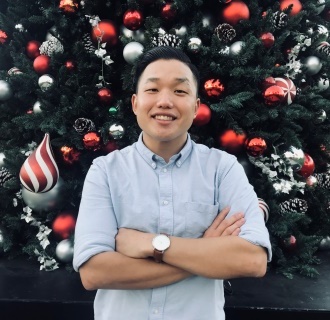 Pastor Daniel also grew up in Fountain Valley and has been attending Living Grace Church since the age of 12. He faithfully served here throughout his junior high, high school and college years and is still faithful to this day. He attended Cal State Fullerton where he majored in Child & Adolescent Development and graduated with a degree in Psychology hoping to become a History teacher. While studying for his teaching credentials, the Lord instilled in his heart a desire to become a pastor and to teach and preach the Gospel instead. After months of prayer and deliberation, he decided to sacrifice his teaching career for the pastorate and enrolled at Talbot School of Theology in order to receive his Masters of Divinity to be equipped for ministry.

Since 2011, he has served as a Worship Pastor, College Pastor, and is currently serving as the Associate Pastor. He graduated from Talbot School of Theology in December 2017 and was also ordained in the Evangelical Church Alliance on February 2018. He is fun, energetic, and easy to approach. He loves all sports. He especially loves the Angels, Lakers, and is also an avid fan of the WWE.

Pastor Dan also ALSO grew up in Fountain Valley and even went to high school with Pastor Steve. But they could never have suspected that in 10 years, in 2000, they would launch a ministry together and work together successfully for almost a decade. In 2008, God moved Pastor Steve on to plant Living Grace Church and, almost another decade later, in 2017, Pastor Dan joined LGC, reunited once again to continue their blessed ministry partnership from years past.

After going to UCLA, Pastor Dan's passion for music led to the construction and opening of a commercial recording studio. He thought he achieved his dream, doing recording sessions with many famous and up-and-coming Christian artists and traveling all over the world with his bands. But years later, he realized that this was just God's training ground for worship ministry. All those late nights in the studio trying to EQ the perfect sounds and learning how each instrument blended together to create the perfect mix gave him the tools to work with praise teams and tech teams in detail, and he has been building up worship ministries and training praise team members and tech people ever since. By the way, if you love movies, ask him to share his collection with you!

His lovely wife, Jae, is our divinely-gifted Preschool Director who certainly has a way with children, including her own who are both leaders serving on the youth praise team. Jae grew up in Frankfurt, Germany and speaks fluent German, English and Korean. Dan and Jae met on a Europe mission trip and, by the GRACE OF GOD, he convinced her to marry him in 2001 and come to America where she has been transforming children into the image of God ever since.

Pastor Nghieu (sounds like "New") was born and raised in Westminster. As a Vietnamese-American, he grew up Buddhist, but his life dramatically changed when he met Jesus and became a born-again Christian in his teens. He studied Philosophy at UC Irvine and then went on to graduate from Talbot School of Theology in 2014. He has been ministering to children and shaping young minds for over 10 years...but it still feels like...Nghieu. (ahem) In his free time, he enjoys riding bikes on mountains and trolling his wife, Hanna, and his two daughters, Shiloh and Sarah. Your kids are in good hands!

The Education Dept is shared with KCOC. Contact Pastor James for more info.

Pastor James also also ALSO grew up in Fountain Valley. In fact, he was even born there! (Disclaimer: Growing up in Fountain Valley is not a requirement to work at LGC.) He attended UC San Diego where he graduated with a B.S. in Biology with the intention of becoming a pharmacist. Yet again, God had other plans. It was through the Campus Crusade for Christ where Pastor James felt God calling him into the ministry. After serving as a student leader on campus for several years, he decided to attend Talbot Seminary for a Masters of Divinity degree which he completed in 2015. But thirsty for more wisdom, knowledge and education, he continues to study to obtain a Ph.D (aka Permanent Head Damage) doctorate degree. As our Education Pastor, he sets a fine example to the next generation...let's just say that Korean parents love Pastor James very much. When he's not off studying in some library, he enjoys fishing, sports, games and is an avid Dodgers fan.